I Love Susan Boyle’s Big Eyebrows! And her Voice? Oh My…. 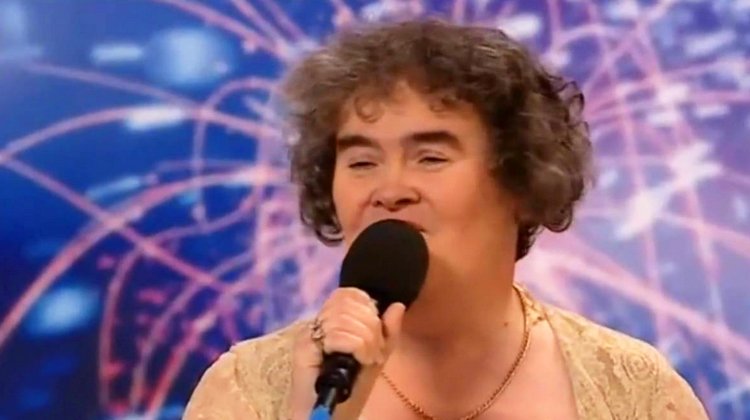 You probably saw the big hoo-ha when Susan Boyle, the power-voiced gal who made such a hit on the Britain’s Got Talent show, came on stage.

If not, check this out for some real inspiration.

The judges and people in the audience made faces, raised their eyebrows and had clear disappointment and doubts that she could be any good.

Frankly, I felt embarrassed for the judges and the people in the audience who were so quick to judge Susan Boyle on her looks – she certainly doesn’t have a thing to do with skinny legs, belly-button rings or silky-sexy clothes!

The sheer arrogance of both audience and judges wa astounding – like someone who isn’t dressed in designer clothing can’t possibly have anything to contribute, oh no! Good grief. Where have we come in our supposed culture that we reserve talent for the Pretties?!?

The second she opens her mouth in song, it’s as if a tsunami of energy swamps the hall – within seconds people are on their feet crying, laughing, clapping, yelling in joy and full of the same enormous spirit Susan is radiating. And they keep clapping and shouting for her until after the song is done! Every time I watch it I feel full of the magic and tears and the sheer authenticity of the woman.

There are those who say the staging and setup are all hype; who say she hasn’t got what it takes to go beyond her ’15 minutes of fame;’ that she needs to get ‘with it’ with her clothes and media-presence.

Why? What’s wrong with her the way she is?

Why do we insist that people fit in to our narrow ideals so WE can be comfortable?!? I think she’s more savvy and honest and grounded than the next person, and knows in her heart far better what to do than the flight of pretties who come and go every year.

Susan’s birth was apparently a hard one, with resulting oxygen deprivation and minor brain damage. Perhaps that’s what has kept this golden canary in the shadow so long, not flitting out of the nest as soon as she knew she had a voice that could thrill.

I hope she has all kinds of people around her who can steady her hand amidst the glitz and glimmer and onslaught of media, because if she can sing like she did on that stage, I want to hear more. She has the posture and presence of an opera singer, and belts her song out from the very center of her heart – who could ask for  more?

Who cares if her eyebrows are thick and powerful? Who cares if her dress is 50s and she walks like an excited five-year old? I think she looked like the embodiment of Heart. Who needs another skimpily-S&M-dressed Madonna or Britney? I say keep those eyebrows!

One report called her a ‘frumpy spinster’ – critics and reviewers somehow feel they have the unalienable right to cut people and their works down in razor-thin slivers. Does it make them feel better to be so denigrating and nasty? If those same people calling her those names were on the stage, I can assure you they’d feel crushed by such comments.

This was a great example of how, when we let our judgments and prejudices and cultural beliefs cloud our eyes, we can be shaken out of our trees in a split second. What a fabulous surprise Susan Boyle is! We should be so lucky as to have her in our lifetime!

No more judging books by covers!

Yes more asking for and claiming your Dreams – go Susan!

EFTinEveryHome.com
You can help get EFT into every home on the planet–just share this EFT Basics site with everyone!